On Friday 6th January, Year 6 students had the privilege of attending a Children’s Wellbeing workshop led by Joanna Goldsmid. This workshop enabled children to connect with nature in their school grounds. As a mindfulness practitioner, Joanna demonstrated to students how to work with the mind to bring about a greater sense of wellbeing. After the session, children completed reflections using Google classroom.

Here are some of the children’s reflections:

In our wellbeing workshop, we did some activities. They were able to draw what you hear in symbols and to close your eyes, pick a rock and then they mix it up, so you must identify your rock by feeling it. It was a very relaxing session that we did independently. If I could do more, I would have liked to explore the other activities that include the senses.
Elder class

Today, we had a workshop about mindfulness. We learned what mindfulness is and did some activities related to mindfulness. Mindfulness is giving your full attention to something and doing something that makes you feel relaxed. We explore ways that we can feel this way. After this we had an activity for a few minutes where we had to draw what we heard. While I was doing this I noticed that I paid attention to this activity which made this a mindful activity. Then the workshop teacher told us to close our eyes and she then passed out a stone. She told us to pick up a stone and really think about how it looks.

During the process we really had to think about this because we then had to put our stone in the middle of the table. The teacher then mixed up the stones and we had to pick up the stones which we had in the beginning. I learnt that mindfulness is just like meditation and that it is very relaxing as you are just focusing on one thing.
Elm class

When Ms. Joanna made different calming noises it felt very different as if I was in a peaceful place. I find the Tibetan most interesting as it really made the things in my mind forget and focus on the sound. Yes, there were group discussions such as when we discussed the stone we found and told each other how we found it. We did independent work like picking a random stone with your eyes closed and feeling it then you must put it in the middle of the table and mixing then you must find it again.

We learned about mindfulness and Ms. Joanna showed us how to meditate and focus carefully and like don’t think about other distracting things. Also, the lesson felt like I/we needed it. I would like to learn more about how to focus and learn about how to create peace.
Hazel class

Today in our wellbeing session, we learned about mindfulness. Mindfulness means maintaining a moment – by – moment awareness of our thoughts, feelings, bodily sensations, and surrounding environment through a gentle way. Basically, it means when you bring one’s attention to the present moment. I would say that the activity of sound went well for my classmates, and I was constantly mindful, and we had no distractions. In this task we needed to draw things that we can hear in our surroundings.

For example, I drew speech bubbles because I heard my classmates chattering. In my preference, the rock activity was most engaging. In this activity we had rocks and each one of us from our table needed to grab a rock while we closed our eyes and felt it. Later on, we had to discover which one was our rock. This helped me to lose distractions. There were many class discussions that occurred. Furthermore, in the future I would like to learn about calmness and peace.
Holly class

Personally, I think what went really well was the activity when we all had to be quiet and draw what we heard but I didn’t even have to make sense or mean anything. What else went well was the long bell silence activity where you meditate on the bell and raise your hand when you don’t hear it anymore. I learnt about being more mindful and if you concentrate on the things you do, you will do them better and you won’t get bored. The piece of work you are doing will have a better result. What I found most interesting was the sound drawing activity as I have never done it before and I liked it a lot. What else I found interesting was the ‘find your stone again’ activity where you get a stone with your eyes closed and put it back and find the same one again.
Hornbeam class 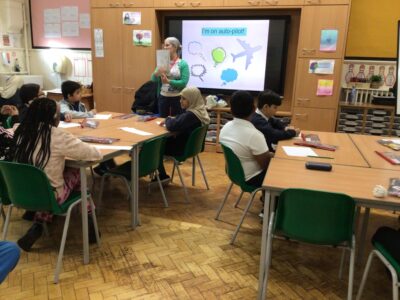 We use cookies on our website to give you the most relevant experience by remembering your preferences and repeat visits. By clicking “Accept All”, you consent to the use of ALL the cookies. However, you may visit "Cookie Settings" to provide a controlled consent. Read More
Cookie Settings
Accept AllReject All
Manage consent

This website uses cookies to improve your experience while you navigate through the website. Out of these, the cookies that are categorized as necessary are stored on your browser as they are essential for the working of basic functionalities of the website. We also use third-party cookies that help us analyze and understand how you use this website. These cookies will be stored in your browser only with your consent. You also have the option to opt-out of these cookies. But opting out of some of these cookies may affect your browsing experience.
Necessary Always Enabled
Necessary cookies are absolutely essential for the website to function properly. These cookies ensure basic functionalities and security features of the website, anonymously.
Functional
Functional cookies help to perform certain functionalities like sharing the content of the website on social media platforms, collect feedbacks, and other third-party features.
Performance
Performance cookies are used to understand and analyze the key performance indexes of the website which helps in delivering a better user experience for the visitors.
Analytics
Analytical cookies are used to understand how visitors interact with the website. These cookies help provide information on metrics the number of visitors, bounce rate, traffic source, etc.
Advertisement
Advertisement cookies are used to provide visitors with relevant ads and marketing campaigns. These cookies track visitors across websites and collect information to provide customized ads.
Others
Other uncategorized cookies are those that are being analyzed and have not been classified into a category as yet.
SAVE & ACCEPT